Skip to content
HomeAnimal TalesThe Rabbit Has A Cold 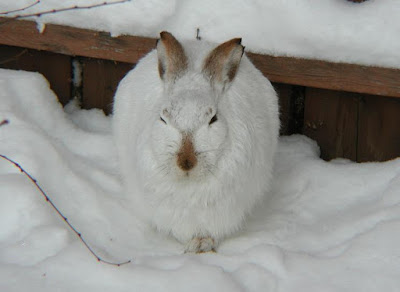 KING LION appointed the Bear, the Monkey, and the Rabbit to be his ministers of state together they roamed the forest. But one day the Lion became tired of their company, and wanted to kill and eat them. However, as he himself had chosen them to be his ministers, he had to think of an excuse which would give a semblance of legality to his unjust act.
So, King Lion called his three ministers of state, and said to them “My lords, you have been my ministers for some time, and I must now find out whether high office has spoilt you.’ The Lion opened his mouth wide, and asked the Bear to state what sort of smell issued from the royal mouth. As the Lion was a great meat-eater, naturally a foul smell came out from his mouth.
The Bear, ever truthful, said, “Your Majesty, it is a foul smell.’
‘Rank treason,” roared the Lion in anger. “You insult the king to his face. The punishment for treason is death.’
So, saying he pounced upon the Bear and killed him.

The Lion now asked the Monkey sort of smell issued from the royal mouth. The Monkey after witnessing the fate of the Bear, thought that to only way to escape with his life was to resort flattery, and said, ‘Your Majesty, it is a delicious smell as sweet as the choicest perfume.
You are a liar and a flatterer, poared the Lion in anger. Everyone knows that only a foul smell can come out of my mouth as I am a great meat-eater, the Untruthful and flattering counsellors to the king are a danger to the state.’ So, saying, he pounced upon the Monkey and killed him.
The Lion now said to the Rabbit, “Wise Rabbit, ask y what sort of smell issuse from my mouth?’
‘I am sorry, Your Majesty,’ replied the Rabbit, “I have a cold and my nose is blocked. May I go home and rest until my cold is cured, for only then shall l be able to my nose and say what sort of smell issues from the royal mouth?’
The Lion had no choice but to let the Rabbit go home and, needless to say, The Rabbit never went near him again.